Your cultural itinerary includes sights like Piazza San Marco and Scrovegni Chapel. Popular historic sites such as Doge's Palace and San Giorgio Maggiore are in your itinerary. Go for a jaunt from Venice to Ferrara to see Castello Estense about 1h 15 min away. There's lots more to do: admire the striking features of Basilica di San Marco, contemplate the long history of Basilica dei Santi Giovanni e Paolo (San Zanipolo), pause for some serene contemplation at Chiesa del Santissimo Redentore, and take in panoramic vistas at St Mark's Campanile.

To find ratings, photos, maps, and other tourist information, use the Venice day trip site.

Sydney, Australia to Venice is an approximately 24-hour flight. The time zone difference moving from Australian Eastern Standard Time to Central European Standard Time is minus 9 hours. Traveling from Sydney in June, expect Venice to be a bit warmer, temps between 32°C and 20°C. Finish up your sightseeing early on the 22nd (Mon) so you can travel to San Teodoro.
more less

Explore hidden gems such as Spiaggia La Cinta and Spiaggia Capo Coda Cavallo. Visit Lu Impostu Beach and Oasi Biderosa for some beach relaxation. Take a break from San Teodoro with a short trip to Spiaggia Berchida in Siniscola, about 48 minutes away. There's still lots to do: kick back and relax at Spiaggia Isuledda and tour the pleasant surroundings at Cala Brandinchi.

©
Palmi is a comune (municipality) of about 19,303 inhabitants in the province of Reggio Calabria in Calabria.It is seat of the district, which includes 33 municipalities in the plain of Palmi, with a population of approximately 170,000 inhabitants.With the nearby beaches of Marina di Palmi and Lido di Palmi, overlooking the Violet coast, the city is a major seaside resort thanks to its landscape, which has led writers and poets to call it the "terrace on the Strait of Messina".In addition to being the main administrative center, office and school of the Tyrrhenian coast of the province of Reggio Calabria, Palmi was also an important agricultural and commercial center and a bishopric of Roman Catholic Diocese of Oppido Mamertina-Palmi.For centuries, the city was one of the most important cultural centers of Calabria in the literary, musical, historical and archaeological interest. Scoglio dell' Ulivo has been added to your itinerary. Kick off your visit on the 26th (Fri): tour the pleasant surroundings at Cala di Rovaglioso, then make a trip to Scoglio dell' Ulivo, and then head outdoors with Villa Comunale Giuseppe Mazzini.

For where to stay, traveler tips, ratings, and more tourist information, refer to the Palmi travel route planning site.

Explore your travel options from San Teodoro to Palmi with the Route module. Traveling from San Teodoro in June, Palmi is a bit warmer at night with lows of 24°C. Finish your sightseeing early on the 26th (Fri) so you can travel to Rome.
more less

Things to do in Palmi

Visit Colosseum and Piazza Navona for their historical value. Get some cultural insight at Pantheon and Palatine Hill. You'll find plenty of places to visit near Rome: Cascata delle Marmore (in Marmore) and Duomo di Orvieto (in Orvieto). The adventure continues: take in the architecture and atmosphere at Arcibasilica di San Giovanni in Laterano, contemplate the long history of Roman Forum, ponder the design of Trevi Fountain, and make a trip to St. Peter's Basilica.

To see other places to visit, reviews, ratings, and other tourist information, you can read our Rome tour itinerary planner.

The Route module can help you plan travel from Palmi to Rome. In June, plan for daily highs up to 34°C, and evening lows to 21°C. Finish up your sightseeing early on the 29th (Mon) so you can go by car to Assisi.
more less 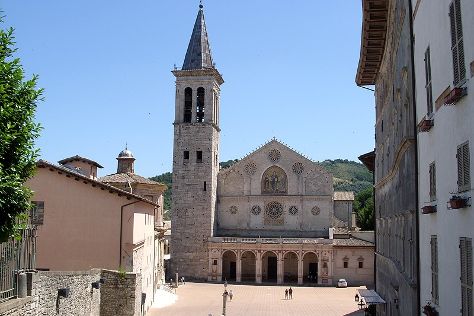 On the 30th (Tue), take in the spiritual surroundings of Eremo delle Carceri, learn about winemaking at Tili Vini Societa Agricola, then take in the architecture and atmosphere at Basilica Papale e Sacro Convento di San Francesco d'Assisi, then see the interesting displays at Museo della Porziuncola, and finally pause for some serene contemplation at Cattedrale di Santa Maria Assunta Spoleto. Here are some ideas for day two: contemplate in the serene atmosphere at Basilica di Santa Maria degli Angeli - Porziuncola, explore the historical opulence of Rocca Paolina, then explore the ancient world of Roman Forum and Archaeological Museum, then contemplate the long history of San Damiano, and finally explore the historical opulence of Rocca Maggiore.

To find maps, where to stay, ratings, and more tourist information, read our Assisi trip planner.

Drive from Rome to Assisi in 2.5 hours. Alternatively, you can take a train; or take a bus. Traveling from Rome in June, Assisi is slightly colder at night with lows of 18°C. Wrap up your sightseeing on the 1st (Wed) early enough to drive to Florence.
more less 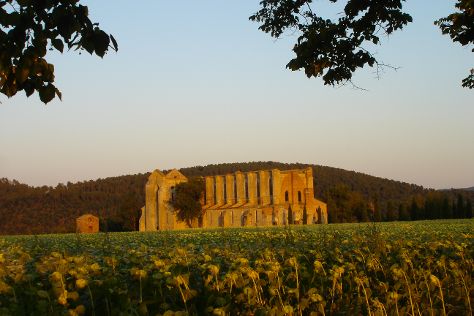 Your cultural itinerary includes sights like Cathedral of Santa Maria del Fiore and Historic Centre of San Gimignano. Visit Duomo di Pisa and Abbazia di San Galgano for their historical value. Next up on the itinerary: admire the masterpieces at Florence Academy of Fine Arts, appreciate the extensive heritage of Piazza del Duomo, admire the striking features of Campanile di Giotto, and contemplate the long history of Loggia dei Lanzi.

For where to stay and other tourist information, go to the Florence trip itinerary planner.

Traveling by car from Assisi to Florence takes 2.5 hours. Alternatively, you can take a train. July in Florence sees daily highs of 35°C and lows of 21°C at night. On the 4th (Sat), wrap the sightseeing up by early afternoon so you can travel back home.
more less