Warsaw is known for historic sites, museums, and parks. Your plan includes some of its best attractions: appreciate the extensive heritage of Old Town, get engrossed in the history at POLIN Muzeum Historii Zydow Polskich, admire the masterpieces at Museum of King Jan III's Palace at Wilanow, and get the lay of the land with Walking tours.

Bengaluru, India to Warsaw is an approximately 15.5-hour flight. The time zone changes from India Standard Time (IST) to Central European Standard Time (CET), which is usually a -4.5 hour difference. In July, Warsaw is little chillier than Bengaluru - with highs of 29°C and lows of 17°C. Finish your sightseeing early on the 5th (Fri) to allow enough time to travel to Heidelberg.
more less 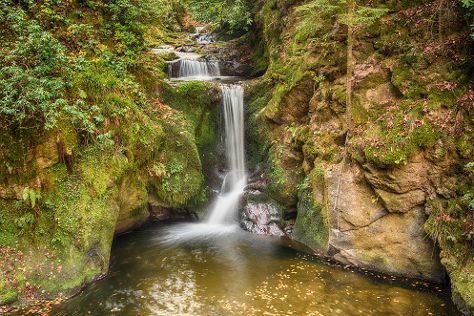 A vibrant university city, Heidelberg is nestled in the picturesque Neckar river valley.

Explore the numerous day-trip ideas around Heidelberg: Baden-Baden (Stiftskirche Baden-Baden, Museum Frieder Burda, &more). And it doesn't end there: step into the grandiose world of Schloss Heidelberg, wander the streets of Altstadt (Old Town), make a trip to Jesuitenkirche, and steep yourself in history at Student Jail (Studentenkarzer).

For where to stay, traveler tips, maps, and other tourist information, read our Heidelberg online visit planner.

Traveling by flight from Warsaw to Heidelberg takes 6.5 hours. Alternatively, you can drive; or take a train. In July, daytime highs in Heidelberg are 31°C, while nighttime lows are 18°C. Wrap up your sightseeing on the 8th (Mon) early enough to drive to Freiburg im Breisgau.
more less

Things to do in Heidelberg

Baden-Baden
Find places to stay Jul 5 — 8:
Hotels on TripAdvisor
Homes on Airbnb
Highlights from your plan 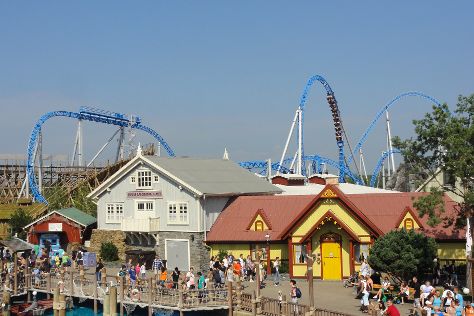 Capital of the Black Forest

In the heart of a major wine-producing region, Freiburg im Breisgau serves as the primary entry point for tours into the scenic Black Forest mountain range.

On the 9th (Tue), find something for the whole family at Europa-Park.

You can drive from Heidelberg to Freiburg im Breisgau in 2 hours. Alternatively, you can take a train; or take a bus. July in Freiburg im Breisgau sees daily highs of 32°C and lows of 18°C at night. Wrap up your sightseeing on the 9th (Tue) to allow time to travel to Porto.
more less

Things to do in Freiburg im Breisgau

Europa-Park
Find places to stay Jul 8 — 9:
Hotels on TripAdvisor
Homes on Airbnb
Highlights from your plan

Change things up with these side-trips from Porto: Centro Historico de Guimaraes (in Guimaraes), Coimbra (Portugal dos Pequenitos & Praca do Comercio) and Braga (Se de Braga & Bom Jesus do Monte). Dedicate the 12th (Fri) to wine at some of the top wineries in the area. There's much more to do: snap pictures at Ponte de Dom Luis I, learn about winemaking at The Best Portugal, take in the waterfront activity at Cais da Ribeira, and get into the urban bustle at Palacio da Bolsa.

To see where to stay, other places to visit, and tourist information, refer to the Porto journey planner.

Sportiest City in the World

Experience an authentic Adriatic lifestyle in Split, the largest city along the sea's coast.

Venture out of the city with trips to Historic City of Trogir (in Trogir) and Hvar (Franciscan Monastery & Spanjola). On the 17th (Wed), spend a thrilling day on the water with a speed boat tour. And it doesn't end there: get to know the fascinating history of Palazzo di Diocleziano, contemplate the long history of Old Split, look for gifts at Filigran Split, and savor the flavors at Food & Drink.

Before you visit Split, use our trip planner to discover what you can do and see there.

Traveling by flight from Porto to Split takes 8.5 hours. Alternatively, you can drive; or do a combination of train and bus. The time zone changes from Western European Standard Time (WET) to Central European Standard Time (CET), which is usually a 1 hour difference. In July, Split is somewhat warmer than Porto - with highs of 36°C and lows of 26°C. Wrap up your sightseeing on the 18th (Thu) early enough to travel back home.
more less

Things to do in Split

Hvar, Historic City of Trogir
Find places to stay Jul 13 — 18:
Hotels on TripAdvisor
Homes on Airbnb
Highlights from your plan