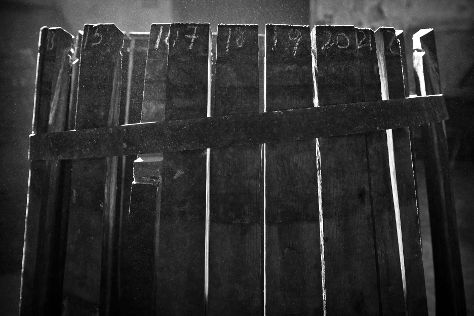 You've added Sao Bento Railway Station, Graham's Port Lodge, Mosteiro da Serra do Pilar, and other attractions to your itinerary. On the 7th (Fri), head outdoors with Rota do Douro, thentake in the views from Ponte de Dom Luis I, and then learn about winemaking at Graham's Port Lodge. Keep things going the next day: get around town with Sao Bento Railway Station, take in the spiritual surroundings of Porto Cathedral (Se Catedral), take a stroll around Palacio da Bolsa, thencontemplate the long history of Mosteiro da Serra do Pilar, thenstop by Livraria Lello, and finally take in panoramic vistas at Torre dos Clerigos.

To find ratings, reviews, maps, and other tourist information, use the Porto trip maker tool.

Madrid, Spain to Porto is an approximately 5-hour flight. You can also drive; or take a bus. Due to the time zone difference, you'll gain 1 hour traveling from Madrid to Porto. Expect a bit cooler weather when traveling from Madrid in September: highs in Porto hover around 27°C, while lows dip to 15°C. You'll set off for Lisbon on the 9th (Sun).
more less

Your list of things to see and do now includes Rossio Square, Mercado de Campo de Ourique, Rua Augusta, and other attractions. Do some cultural sightseeing at Mosteiro dos Jeronimos and Alfama. When in Lisbon, make a side trip to see Cabo da Roca in Colares, approximately Colares away. There's still lots to do: step into the grandiose world of Castelo de S. Jorge and make a trip to Belém Tower.

To find maps, more things to do, reviews, and more tourist information, use the Lisbon planning site.

You can fly from Porto to Lisbon in 3 hours. Alternatively, you can drive; or take a train. When traveling from Porto in September, plan for a bit warmer days and about the same nights in Lisbon: temperatures range from 32°C by day to 19°C at night. You'll set off for Lagos on the 13th (Thu).
more less

To find more things to do, maps, where to stay, and other tourist information, you can read our Lagos trip planner.

You can drive from Lisbon to Lagos in 3 hours. Alternatively, you can take a bus; or take a train. In September, plan for daily highs up to 30°C, and evening lows to 21°C. Finish up your sightseeing early on the 16th (Sun) so you can go by car to Seville.
more less

A city of rich Moorish heritage, Seville is the cultural and financial center of southern Spain, and the site of numerous festivals throughout the year.

Your day-by-day itinerary now includes Royal Alcázar of Seville as well as Real Maestranza de Caballeria de Sevilla. On the 16th (Sun), contemplate the long history of Royal Alcázar of Seville. On the 17th (Mon), you'll have a packed day of sightseeing: take in the architecture and atmosphere at Catedral de Sevilla, visit Triana, thencontemplate the long history of Plaza de España, and finally catch a live event at Real Maestranza de Caballeria de Sevilla.

For other places to visit, ratings, more things to do, and other tourist information, read our Seville day trip app.

Traveling by car from Lagos to Seville takes 3 hours. Alternatively, you can take a bus; or do a combination of train and bus. Due to the time zone difference, you'll lose 1 hour traveling from Lagos to Seville. In September, daily temperatures in Seville can reach 33°C, while at night they dip to 20°C. Finish your sightseeing early on the 18th (Tue) to allow enough time to travel to Barcelona.
more less

Things to do in Seville

Your list of things to see and do now includes Basilica of the Sagrada Familia, Las Ramblas, La Boqueria, and other attractions. Get some historical perspective at Barcelona Cathedral and Barri de Gracia. You'll discover tucked-away gems like Carrer del Mirador del Palau Nacional and Palau Guell. Go for a jaunt from Barcelona to Sitges to see Playa del Hombre Muerto about 48 minutes away. Next up on the itinerary: admire the landmark architecture of Casa Batllo, contemplate the long history of Basilica de Santa Maria del Mar, kick back and relax at Platja de la Nova Icaria, and walk around Parc de Montjuic.

Traveling by flight from Seville to Barcelona takes 4 hours. Alternatively, you can take a train; or drive. In September, daytime highs in Barcelona are 30°C, while nighttime lows are 21°C. Finish up your sightseeing early on the 24th (Mon) so you can catch the train back home.
more less

©
Basilica of the Sagrada Familia