Rome is known for historic sites, nightlife, and museums. Your plan includes some of its best attractions: explore the ancient world of Colosseum, contemplate the long history of St. Peter's Basilica, admire the local landmark of Trevi Fountain, and appreciate the extensive heritage of Piazza Navona.

Florianopolis, Brazil to Rome is an approximately 18-hour flight. The time zone changes from Brasilia Standard Time to Central European Standard Time, which is usually a 4 hour difference. Traveling from Florianopolis in September, expect nights in Rome to be about the same, around °C, while days are a bit warmer, around °C. Cap off your sightseeing on the 4th (Fri) early enough to catch the train to Florence.
more less

To see traveler tips and other tourist information, refer to the Florence journey site.

You can take a train from Rome to Florence in 2.5 hours. Alternatively, you can drive; or fly. September in Florence sees daily highs of °C and lows of °C at night. Wrap up your sightseeing on the 6th (Sun) early enough to take a train to Milan.
more less

Kick off your visit on the 7th (Mon): contemplate the long history of Castello Sforzesco, thentake an in-depth tour of Basilica di Sant'Ambrogio, thenpause for some serene contemplation at Duomo di Milano, and finally admire the landmark architecture of Galleria Vittorio Emanuele II.

Plan my trip to Milan with suggested itineraries provided by Inspirock.

You can take a train from Florence to Milan in 2.5 hours. Alternatively, you can drive; or fly. In September in Milan, expect temperatures between °C during the day and °C at night. Finish your sightseeing early on the 7th (Mon) so you can drive to Zurich.
more less 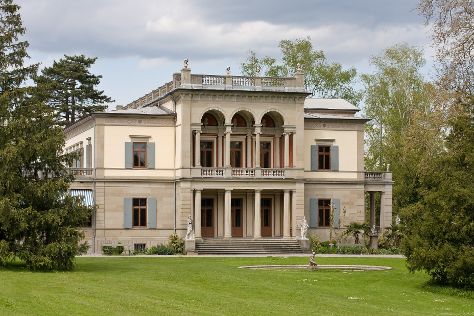 The financial hub of Switzerland, Zurich is most often associated with money and banks.

Kick off your visit on the 8th (Tue): explore the world behind art at Museum Rietberg, thenexplore the activities along Lake Zurich, and then admire the landmark architecture of Fraumünster Church. Here are some ideas for day two: admire the masterpieces at Museum of Art (Kunsthaus Zurich), thenpause for some serene contemplation at Grossmunster, thenwander the streets of Old Town, and finally get your game on at Fusion Arena Virtual Reality Center.

Make your Zurich itinerary with Inspirock to find out what to see and where to go.

You can drive from Milan to Zurich in 3.5 hours. Alternatively, you can fly; or take a train. Plan for slightly colder temperatures traveling from Milan in September, with highs in Zurich at °C and lows at °C. Finish your sightseeing early on the 9th (Wed) so you can travel to Berlin.
more less

Things to do in Zurich

Start off your visit on the 10th (Thu): pause for some photo ops at Brandenburg Gate, appreciate the history behind The Holocaust Memorial - Memorial to the Murdered Jews of Europe, thenmake a trip to Reichstag Building, and finally admire the masterpieces at Pergamonmuseum. Get ready for a full day of sightseeing on the next day: observe the fascinating underwater world at Zoo Berlin, thencontemplate the long history of Bebelplatz, and then take in the local highlights with Walking tours.

Traveling by flight from Zurich to Berlin takes 4.5 hours. Alternatively, you can drive; or take a train. Wrap up your sightseeing on the 11th (Fri) to allow time to travel to Copenhagen.
more less

©
The Holocaust Memorial - Memorial to the Murdered Jews of Europe 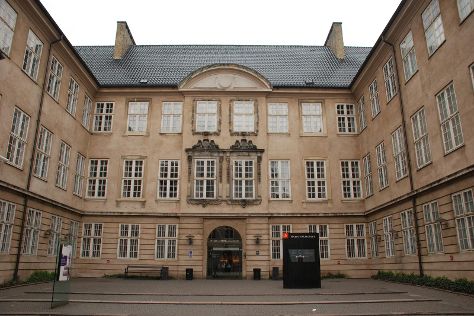 Founded in the 10th century as a Viking fishing village, Copenhagen has morphed into the cultural, political, and economic powerhouse of the country.

Copenhagen is known for historic sites, theme parks, and museums. Your plan includes some of its best attractions: contemplate the long history of Rosenborg Castle, examine the collection at National Museum of Denmark, admire the landmark architecture of Amalienborg, and admire the masterpieces at Ny Carlsberg Glyptotek.

Getting from Berlin to Copenhagen by flight takes about 4 hours. Other options: take a train; or take a bus. Expect a daytime high around °C in September, and nighttime lows around °C. Wrap up your sightseeing on the 15th (Tue) to allow time to travel to Oslo.
more less

Things to do in Copenhagen

Start off your visit on the 16th (Wed): steep yourself in history at Akershus Castle and Fortress (Akershus Slott og Festning), explore the world behind art at Vigeland Museum, and then walk around Vigeland Park. On the 17th (Thu), you'll have a packed day of sightseeing: explore the world behind art at Munch Museum, thensee the interesting displays at Kon-Tiki Museum, and then take an in-depth tour of Viking Ship Museum.

Getting from Copenhagen to Oslo by flight takes about 4.5 hours. Other options: drive; or take a train. Traveling from Copenhagen in September, expect a bit cooler with lows of °C in Oslo. Finish your sightseeing early on the 17th (Thu) to allow enough time to travel to Paris.
more less

On the 18th (Fri), make a trip to Place de la Concorde, make a trip to Eiffel Tower, thenappreciate the history behind Arc de Triomphe, and finally explore the world behind art at Louvre Museum. Here are some ideas for day two: take in nature's colorful creations at Luxembourg Gardens, thenexplore the world behind art at Musee d'Orsay, and then take in the architecture and atmosphere at Basilique du Sacre-Coeur de Montmartre.

Make your Paris itinerary with Inspirock to find out what to see and where to go.

Fly from Oslo to Paris in 6 hours. Alternatively, you can drive; or take a bus. Traveling from Oslo in September, expect Paris to be somewhat warmer, temps between °C and °C. On the 20th (Sun), you'll have the morning to explore before heading back home.
more less