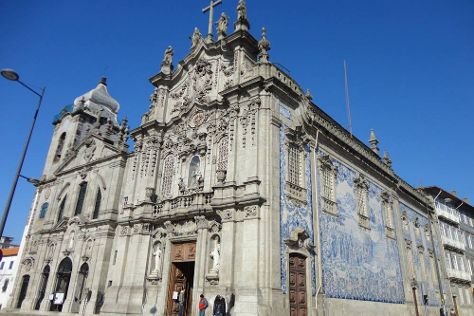 Eschew the tourist crowds and head to Se de Braga and Capela das Almas. Get some historical perspective at Old Cathedral of Coimbra (Se Velha de Coimbra) and Largo da Oliveira. Change things up with these side-trips from Porto: Sameiro Sanctuary (in Braga), Museu Monografico de Conimbriga (in Condeixa-a-Nova) and Fatima (Capela Das Aparicoes, Basilica da Santissima Trindade, &more). There's lots more to do: appreciate the views at The Douro Valley, kick back and relax at Praia da Costa Nova, learn about winemaking at Quinta Santa Eufemia, and contemplate in the serene atmosphere at Porto Cathedral (Se Catedral).

If you are flying in from Australia, the closest major aiport is Francisco de Sá Carneiro Airport. In September, daily temperatures in Porto can reach 27°C, while at night they dip to 15°C. Wrap up your sightseeing on the 4th (Fri) early enough to travel back home.
more less